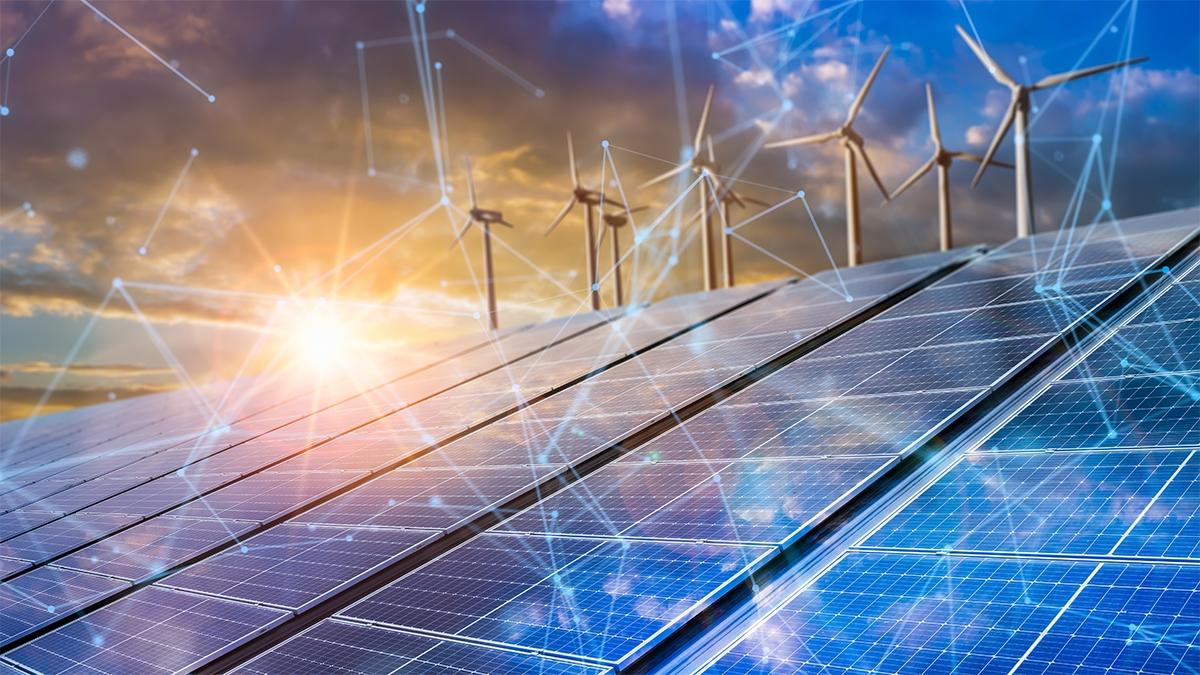 Our grid uses Alternating Current (AC) electricity at a frequency of 50 Hertz.

Our electrical appliances at home are designed to operate with AC electricity at a frequency of 50 Hertz.

And if we give them anything other than this, then they'll likely be damaged or operate incorrectly.

To understand the complexities of connecting renewable energy to the electricity grid, we must first look a the differences between Direct Current (DC) and Alternating Current (AC).

The analagy of water pumping through a pipe is useful in describing the difference between DC and AC.

If the water pump is pumping water in the same direction the entire time, then we can think of this as like DC.

However, a water pump that is pumping water forwards and then backwards, then we can think of this as like AC and the time period between the switching from forwards to backwards for AC is known as the frequency.

Thomas Edison and George Westinghouse fought out the battle of DC vs AC in the 1800s, with AC winning due to it being able to be transported easier. (more on this below)

It is far cheaper and easier to transmit AC. Most of our grids around the world use AC electricity.

An Inverter is required for Renewable Energy to join the grid

If you've got solar installed on the rooftop at home, and you're going to have an inverter installed somewhere in your house.

Grid synchronization refers to the job of an inverter to turn renewable energy into electricity compatible with the grid. Essentially synchronizing two different forms of electricity together.

It is important to protect the integrity of the grid.

If there is an issue we have to disconnect that inverter from the network and disconnect the renewable energy device in order to protect the integrity of the grid.

The risk is having a blackout.

Solar outputs DC, the cost of changing over all the power supplies for our electronic appliances from AC ones to DC and the cost of replacing all the AC grid infrastructure to DC versions is so high that it makes switching to a DC grid too expensive, we are therefore stuck with an AC grid.

And we're stuck with this really complex grid synchronization problem that we need to get right.

The crux of the problem is that the more inverters that we connect to our electricity grid to provide power from our renewable energy generators the more difficult resynchronisation becomes for the entire network.

And this is a really big problem. Because Australia and the rest of the world are planning on increasing the amount of renewable energy that connects to our grid.

In fact, in New South Wales alone there is a key initiative for the state government to increase the amount of renewable energy from 21% in 2024, to 60% by 2030.

In fact, there have already been many existing renewable energy projects that have experienced connection issues.

The Australian Energy Market Operator (AEMO) may be forced to bring in stricter connection rules for all renewable energy generators to protect the integrity of the electricity grid.

New clean energy projects may be impeded, or altogether abandoned due to not being able to comply with these new rules.

Unfortunately, this means that we may still yet need to rely on some form of coal or gas based generation to take up the slack in these situations, which slows down our uptake of renewable energy.

This is obviously a really bad thing when we're trying to combat things like global warming.

In fact, earlier this year, there was a debate raging about whether a $600 million gas fired power plant was required in New South Wales to address many issues like this.

The definition of electrical work

Dealing with Corrosion and Electrical Faults

How does electricity get to your home?