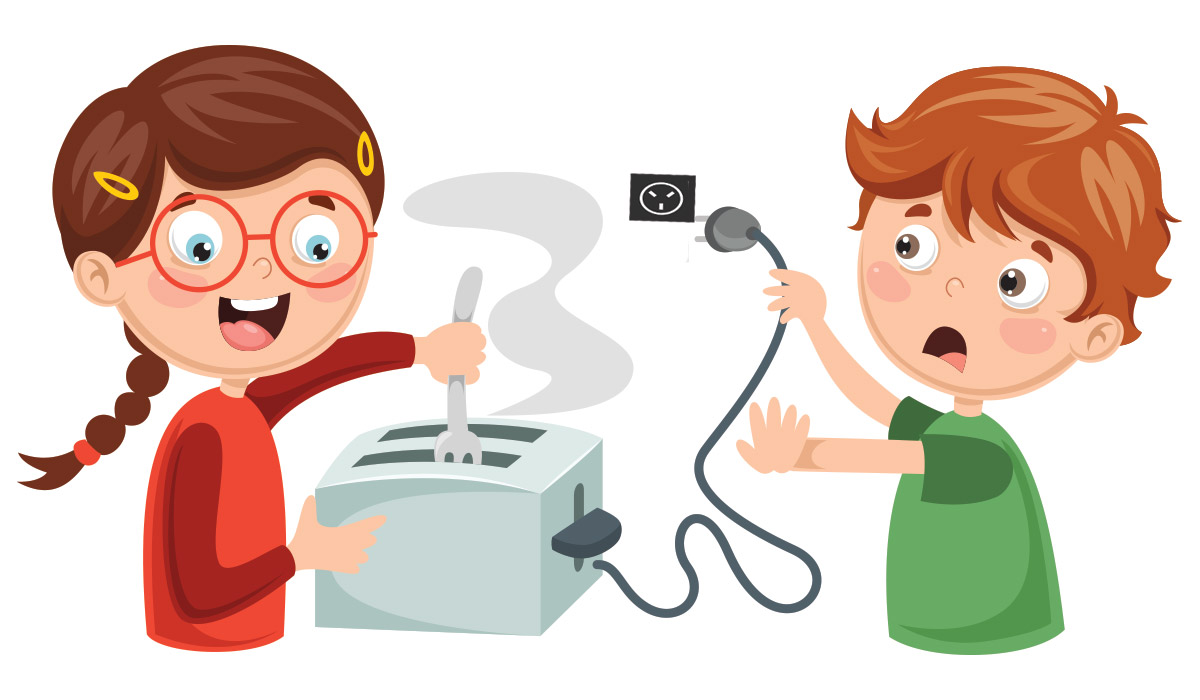 The electrical appliances found in most Australian homes include:

The refrigerator in your kitchen is a made of metal, with metal components and a metal frame. Logically speaking, one should be electrocuted the moment any contact is made with a refrigerator, since metals are such great conductors of electricity.
Yet that obviously doesn't happen because the components are insulated. Why don't we get zapped if the insulation fails and electricity begins to leak out of the refrigerator's chassis? Ever speculated on that potential time bomb in your kitchen?
Have you ever wondered why the plugs that go into the wall sockets [power-points] have 3 pins instead of 2?
Ishan Daftardar
https://www.scienceabc.com/pure-sciences/what-is-electrical-earthing-or-grounding.html 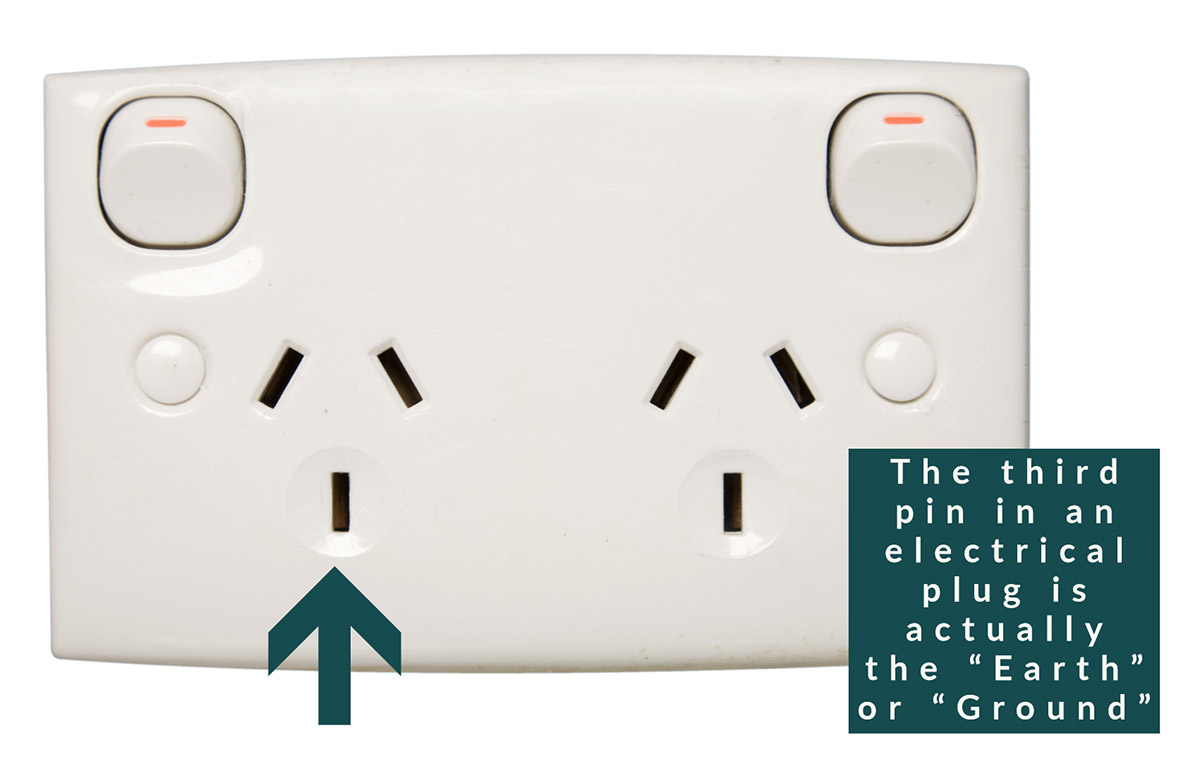 Earthing is a safety measure devised to prevent people from getting shocked if the insulation inside electrical devices fails. The third pin in an electrical plug is actually the "Earth" or "Ground" connection of the electrical appliance.

Earthing and grounding are different terms for expressing the same concept. Ground or earth in a mains electrical wiring system is a conductor that provides a low impedance path to the earth to prevent hazardous voltages from appearing on equipment. 'Earthing' is more commonly used in Britain, European and most Commonwealth countries standards (including Australia), while 'Grounding' is the word used in North American standards.

The ground is an attractive place for electricity to flow because it is positively charged.
If there is a fault in your electrical appliance or installation, you could get an electric shock if you touch a live metal part. This is because the electricity may use your body as a path from the live part of the appliance to the earth.
Earthing is used to protect you from an electric shock. It does this by providing a path (a protective conductor) for a fault current to flow to earth. It also causes the protective device (either a circuit-breaker or fuse) to switch off the electric current to the circuit that has the fault.
For example, if an electric cooker has a fault, the fault current flows to earth through the protective (earthing) conductors. A protective device (fuse or circuit-breaker) in the consumer unit switches off the electrical supply to the cooker. The cooker is now safe from causing an electric shock to anyone who touches it.
Types of earthing include - plate earthing, pipe earthing, rod earthing and water main methods.

Electrical devices weren't grounded when humans first began using electricity in their homes in the 19th century. We weren't aware of the potential dangers of electrical currents when they came into contact with the human body.

Between 1880 and 1920, the transmission and distribution of electrical power was carried out via unearthed neutral connections. The supply lines were uninsulated but placed out of reach so that humans supposedly wouldn't come into contact with them. Homes in Europe were supplied with 110 Volts AC and it was a massive recipe for disaster. During this period, many people had to endure electric shocks and rampant blown fuses.

In 1923, France made it mandatory for motors with ratings of higher than 150 Volts to have insulated chassis and a proper earthing system in place. Thus, for a generation of "shocked" people who had endured atrocities from their electrical appliances, a new era had dawned. With earthing norms in place, better days were ahead.
(adapted from Ishan Daftardar. What is Electrical Earthing or Grounding?) 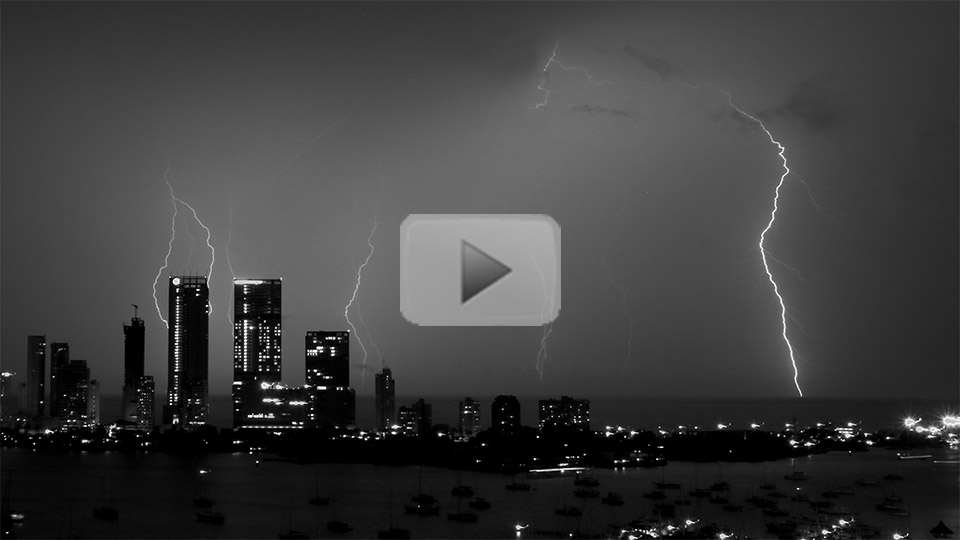 Human Safety - A properly earthed device doesn't leak out any current. This prevents humans from getting shocked if any internal faults in the device occur.

Safety of Electrical Equipment - Earthing provides stability to electronic equipment. It prevents over-current or excessive voltage in appliances. Over-voltage can cause the device to spontaneously combust due to overheating, so technically, earthing is also a fire prevention measure.

Protection of Buildings from Lightning - large structures such as skyscrapers are also earthed in the form of lightning arrestors, which are placed at the highest point of the building and connected to the ground via a conducting wire or plate. When lightning strikes a building, the copper lightning arrestor draws in the bolts of lightning and transfers that massive amount of energy to the ground, thus preventing any damage to the structure or harm to its occupants.

The terms "grounding" and "earthing" are sometimes confused with "bonding".

Electrical bonding is the practice of intentionally electrically connecting all exposed metallic items not designed to carry electricity in a room or building as protection from electric shock.

Bonding is used to reduce the risk of electric shocks to anyone who may touch two separate metal parts when there is a fault somewhere in the supply of electrical installation. This means non-current-carrying metallic components in a system, such as equipment cabinets, enclosures and structural steel, need to be electrically interconnected and earthed properly so voltage potential cannot exist between them.

The fuse in a plug or electrical system is a safety device designed to protect the wiring rather than the appliance. It is a deliberate weak link in a circuit which will 'blow' if an electrical appliance or extension lead draws too much current due to either an overload or a fault. The blown fuse cuts off the electricity to stop the lead and appliance from overheating and causing a fire.

It's a good idea to check plugs and plug wires regularly. Remove the appliance plug from the power-point (wall socket). 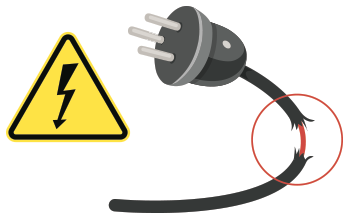 A qualified electrician will give you advice regarding any improvements your earthing and grounding may require for safety reasons.
It is strongly recommend that you use an electrician registered with a government approved scheme to carry out any electrical installation work in your home or business.
https://www.electricalsafetyfirst.org.uk/guidance/safety-around-the-home/earthing-and-bonding/

Weiss Electrical has been servicing residential, commercial and industrial customers for over 25 years in Brisbane and South-East Queensland.

While it is common practice to get a pre-purchase building and pest inspection and also regular annual termite inspections, few people are familiar with a pre-purchase electrical inspection when buying a new or existing home or unit.

With the moist South-East Queensland climate there can be quite a few issues with electrical wiring in a home. The Weiss pre-purchase electrical inspection consists of the following:

With electricity there is often no warning of a major problem. Corrosion and electrical faults can have dire consequences.
Weiss are experts in electrical, lighting, home automation, alarms, security systems and air conditioning systems so a pre-purchase electrical inspection may help diagnose issues in these increasingly sophisticated areas, especially earthing and bonding issues.
The Queensland Electrical Safety Office encourages pre-purchase electrical inspections to assist buyers to identify if a property is safe and complies with all electrical legislation. These inspections will assist buyers in avoiding costly and unsafe issues; to act as a deterrent to dangerous and illegal DIY work; and to encourage home owners to commit to better maintenance practices.

Jiguparmar. What is the difference between bonding, grounding and earthing? Electrical Engineering Portal, September, 2012.
https://electrical-engineering-portal.com/what-is-the-difference-between-bonding-grounding-and-earthing